The Hammer Museum presents Charles Gaines: Gridwork 1974­‐1989, the first museum survey of the Los Angeles–based conceptual artist Charles Gaines’s early work. On view February 7–May 24, 2015, the exhibition features eleven different series including more than 80 works and relevant ephemera from the early years of Gaines’s career, which now spans over four decades. He is highly regarded as both a leading practitioner of conceptual art and an influential educator—first at Fresno State University (now California State University, Fresno) and beginning in 1990 at the California Institute of the Arts (CalArts). Gaines is celebrated primarily for his photographs, drawings, and works on paper that investigate systems, cognition, and language. Charles Gaines: Gridwork 1974-­1989 traces Gaines’s career, from his groundbreaking work in the 1970s—some of which debuted in exhibitions at famed New York galleries Leo Castelli and John Weber—to his investigations of subjectivity in the late 1980s. The exhibition explores the ways in which Gaines’s early works on paper can be viewed as a crucial bridge between first generation conceptual art of the 1960s and 1970s and the conceptually-­‐based practices of artists who emerged in the ensuing decades incorporating identity politics, subjectivity, and inequality. Charles Gaines: Gridwork 1974-1989 includes rare and never-­before-­seen works, some of which were presumed lost. Organized by The Studio Museum in Harlem, the exhibition is curated by Naima J. Keith, associate curator. The Hammer’s presentation is organized by Anne Ellegood, senior curator, and Jamillah James, assistant curator. Wednesday, February 7 to Sunday, May 24. 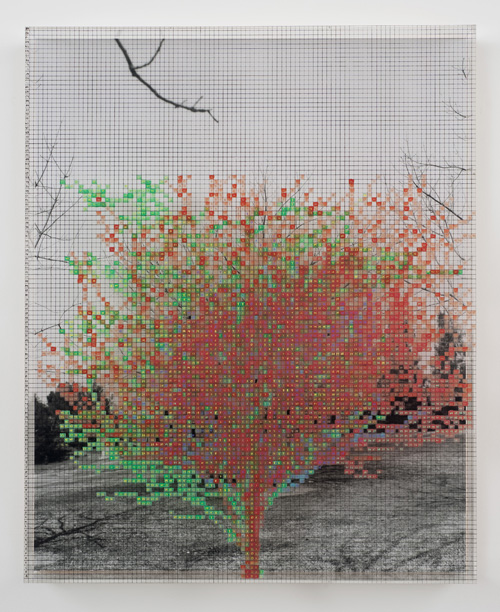